Review of One More Sleep Single by Leona Lewis

Leona Lewis has had significant and surprisingly enduring success since her 'X Factor' victory but it was nonetheless brave to make the decision of releasing a Christmas album, especially since her 2012 album 'Glassheart' got a very mixed reception compared to her previous offerings. 'Christmas, with Love' has, alas, failed to make much of an impact in the shadow of such stellar releases as Kelly Clarkson's 'Wrapped In Red' for example, but considering it only featured three original songs, single 'One More Sleep' has turned out quite impressively. 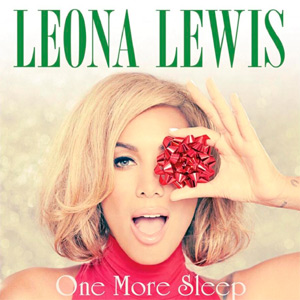 After kicking off with your standard Christmassy jingle bells, it's immediately clear that 'One More Sleep' is going to feel very Motown. Leona's vocals are on top form (as ever!) and there's a lovely simple but catchy melody to accompany the opening verse. However, with such a building crescendo, you're expecting the world's most infectious chorus - but you don't really get it. It's a good attempt, with a strong hint of the chorus from Thompson Twins' 80's hit single 'Hold Me Now', and excitement being incited from the countdown lyrics of, "5 more nights of sleeping on my own/ 4 more days until you're coming home/ 3 more dreams of you and mistletoe" and it's one of those songs that is so upbeat that you can't stop smiling while you listen. But, ultimately, if we compare it to the classic soundtrack of Christmas, it doesn't make the cut.

Vocal-wise, you're thinking, "Watch out Mariah Carey!" - it has to be said Leona has the voice of an angel. It's just not massively original though and, to many people, it will be fairly forgettable. On the other hand, kudos for releasing a non-cheesy, genuinely enjoyable Christmas song that doesn't threaten to wind you up every time it comes on the radio.