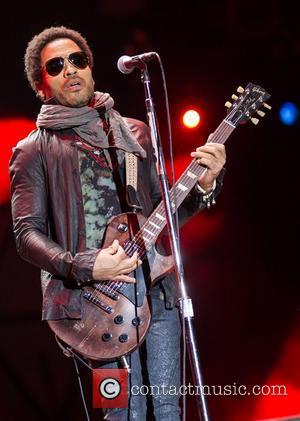 A representative for Lenny Kravitz has dismissed rumours the rocker is dating George Clooney's ex-girlfriend Elisabetta Canalis.
The Fly Away hitmaker sent gossips into a spin earlier this month (Jul12) when he was allegedly spotted with Italian actress/model Canalis at the 123 Festival on the Spanish island of Ibiza.
Britain's Mail on Sunday newspaper reported the beauty watched Kravitz's set from the side of the stage and a source added they were "seen looking cosy in the Vip area".
However, Kravitz's rep has now commented on the report, telling GossipCop.com the romance rumours are "not true".