Lenny Kravitz hadn't heard of 'The Hunger Games' when he was asked to star in the movie by director Gary Ross. 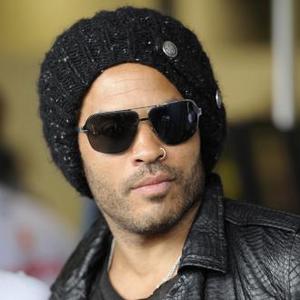 Lenny Kravitz hadn't heard of 'The Hunger Games' when he was asked to star in the movie.

The singer-and-actor takes on the role of Cinna in the big screen adaptation of Suzanne Collins' book but he admits when director Gary Ross phoned up to offer him the part, he had no idea what he was taking on.

He told website HeyUGuys: ''I was in the Bahamas working on 'Black & White America' in the studio. The phone rings and its Gary Ross, the director. He says that he's seen me in 'Precious', he liked the way that I portrayed Nurse John in the film and the character Cinna in 'The Hunger Games' has a similar sensitivity and sense of compassion and he offered me the role - 'You can have the role, just say you want it and you have it.' But then I had to say 'Well, what's Cinna and what are 'The Hunger Games'?'' I had no idea what is was! I was in the Bahamas at the time, on a very small island, without a bookstore in sight so I had to go to an area where there was signal and download the book, read the book, love the book - I couldn't put it down, I just read it in one go and called Gary back and said I'd do it.''

Lenny was very impressed with the book and couldn't wait to see how it would be turned into a film.

He added: ''It was a great story, it kept me on The Edge of my seat, it was exciting. Great story-telling, great characters and an interesting situation; the whole view of this future world. Government, survival, television and reality, I found it interesting and I thought the characters were strong.''