Rocker Lenny Kravitz Has Assured Fans He Is Safe And Well After Hurricane Joaquin Hit His Holiday Home In The Bahamas. 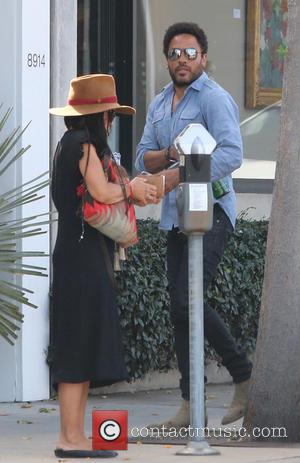 The musician was staying at his property in the exotic destination when the superstorm hit last week (ends04Oct15).

Several islands were devastated by the heavy winds and rain, but Lenny managed to escape unscathed.

He has now vowed to join relief efforts to help those who were not so lucky.

Lenny has been posting pictures of the damage, sharing snaps of flooded streets and devastated homes on Instagram.com.

"Thank you all for your messages. I was fortunate to make it through #HurricaneJoaquin (sic) but several islands south of me were devastated," he writes in a caption.

"There are still people on their roofs awaiting rescue. There is no water, power, or food, and airplanes are unable to land at the airport due to flooding. I will be heading down there by boat along with other folks to bring what we can and I'll be back at you to tell you how you can help if you wish."

Hurricane Joaquin has also caused major flooding in the state of South Carolina, killing at least nine and leaving many more homeless.

A number of stars have reached out to locals to express their sympathies over the disaster via Twitter.com.

"Thoughts and prayers are with the people of #SouthCarolina (sic) and all those impacted during this historic flooding," Hollywood actor Kevin Spacey writes.

Patricia Arquette tweets, "Sending out thanks to all the first responders and volunteers helping out in South Carolina. We can't afford to ignore #globalwarming (sic)."

"Thank you to all the heroes in South Carolina helping the people affected by these floods. We're all sending you love," adds Ellen DeGeneres.