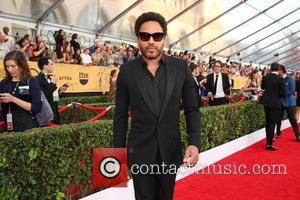 Rocker Lenny Kravitz has apologised to fans after calling off his upcoming tour of Australia and Asia due to "unforeseen scheduling issues".

The Are You Gonna Go My Way hitmaker had been due to kick off the shows in Tokyo, Japan on 14 March (15), stopping in the Philippines, Indonesia and Malaysia before ending the tour in Sydney, Australia on 8 April (15).

However, Kravitz has now axed the dates and issued an apology to disappointed fans.

In a statement, he says, "Unfortunately, due to contractual scheduling conflicts beyond my control I will not be able to come to Australia to perform. I have been looking forward to coming to play for my fans and I'm deeply sorry that my concerts had to be canceled."

A representative for Kravitz has confirmed to Billboard.com that all the Asian dates have also been called off.