Kravitz To Team Up With Bruni? 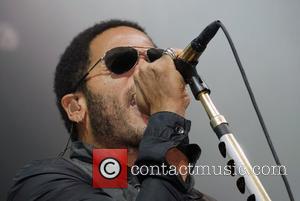 Rocker Lenny Kravitz is reportedly set to give Carla Bruni's music career boost - by teaming up with the French president's wife on her next album.
Kravitz recently revealed he had received a letter from French leader Nicolas Sarkozy, praising his work.
And the note is said to have paved the way for a collaboration between the star and the politician's model-turned-singer partner Bruni, who Kravitz claims to know from "back in the day."
A source tells British newspaper the Daily Star, "The president confessed he and his wife were massive fans - and they even named which of Lenny's songs were their favourites. He jumped at the chance to help out."