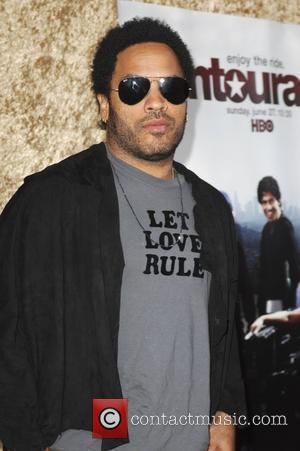 Lenny Kravitz has confirmed he's planning to revive the track he recorded with late superstar Michael Jackson - he's been working on a "new version" of the song.
The rocker hit the studio with the King of Pop before his tragic death last year (09) to record Another Day, with Jackson on vocals and Kravitz playing along.
But the Are You Gonna Go My Way hitmaker was devastated when a 30-second cut of the song leaked on the internet in January (10).
Kravitz, who called working with Jackson "one of the most amazing musical experiences" of his life, denied he was behind the leak and vowed to negotiate with the late star's record label in a bid to have the collaboration released officially.
And on Sunday (29Aug10), the day which would have marked the Thriller star's 52nd birthday, Kravitz boosted fans' hopes by revealing he was hard at work revamping the track.
In a post on his Twitter.com page, he writes, "Happy birthday Michael. I feel your spirit here with me as I am working on a new version of our track."