"You have such a way with words, I wonder if you'll be so clever when I have your tongue ripped from your throat," are not the sort of sentiments one would expect when tuning in to watch Jimmy Kimmel Live! Unless you're Lena Headey and happen to play one of the most evil female characters on television, Game Of Thrones' Cersei Lannister.

Lena Headey stars on Game of Thrones as Cersei

The 40-year-old British actress appeared on Jimmy Kimmel Live! on Monday (16th June) and channelled her character Cersei. Headey spends the majority of her time as Cersei drinking wine and insulting whoever crosses her path. And, as Kimmel pointed out, "No one drinks a goblet of wine like you do on Game of Thrones - in character of course."

Kimmel arranged for Headey's appearance on the talk show a special segment in which they would "talk to each other Game of Thrones style." The lights dimmed and Kimmel and Headey took up their goblets, filled by a conveniently placed decanter of wine. It was a battle of wits and, although Kimmel made a valiant effort, Headey, with three years of Cersei experience, was ultimately declared "the master" by her adversary.

Headey as Cersei began by 'complimenting' Kimmel on his attire stating "That is a lovely tie, it's a shame it's around such a worthless neck." Kimmel responded on a more personal level referencing Cersei's ongoing affair with her brother Jaime. He said "Well thank you for coming today I know you have a busy schedule doing sex with your brother, it must be so exhausting."

Cersei, along with (L-R) Daenerys, Jon Snow, Tyrion and Arya, has starred beginning of GoT

Kimmel's round of verbal punches continued when he asked Headey: "You know you're so good on the show, is it a challenge to play Cersei or do you naturally suck the life out of every room you enter?" Unfortunately, Cersei/Headey had the last laugh as she not only threatened to rip out Kimmel's tongue but also implied his wife was less than impressed with his skills in the bedroom. Responding to Kimmel's "It's a pity this will be the last time [you're on the show]", Headey said "The last time... I believe your wife must say that to you every night."

The last episode of season four of Game of Thrones aired in the US on Sunday (15th June) and in the UK yesterday (16th). Warning - Spoilers! The body count was, as with all of the show's finales, extremely high with Tywin Lanister (Charles Dance), Jojen Reed (Thomas Brodie-Langster), Shae (Sibel Kekilli) and The Hound (Rory McCann) all meeting violent ends. We also saw Cersei and Jaime (Nikolaj Coster-Waldau) reunited after Cersei revealed to their father the truth about their relationship and the paternity of King Tommen (Dean Charles Chapman). 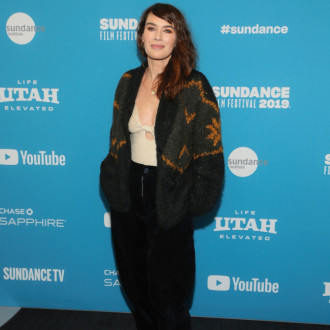