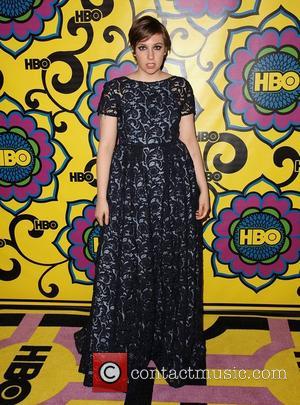 Wow, Barack Obama really does have all the cool kids on his side, doesn’t he? The hip-hop community are falling over themselves to show their support for Obama, with Jay Z and Beyonce leading the charge there. Chris Rock’s been piping up about his love for Obama, too, as have Will Smith and his wife Jada Pinkett Smith. And the latest in line to go public in their love for the President of the United States of America, in the run-up to next month’s elections is the comedian Lena Dunham, star and creator of HBO’s hot new comedy Girls.

Entitled ‘Your First Time,’ the video starts off with Lena talking seductively about the kind of guy that you want your ‘first time’ to be with and of course, you’ll start off assuming that she’s talking about losing your virginity, as she says things like “The first time shouldn't be with just anybody. You want to do it with a great guy. Someone who really cares about and understands women… a guy who cares whether you get health insurance and specifically whether you get birth control.” Pretty quickly, though, you realize that Lena isn’t talking about sex at all, but voting for the first time and quips that when she did, she went from being a girl to a woman.

So far, responses to the YouTube video have been mixed. The comments to the video range from the supportive: “Lena! Obama 2012!” from jennyg12 and “Fabulous lady! Haters step aside,” from Fishburgesa to the slightly more disparaging “Tacky, tasteless, low, dumb, shallow, foolish...um...drone? Government control of your doctor, 6 trillion debt, um....dumb” from cloudi9video, who we can only assume is a Mitt Romney supporter.

Lena’s known for pushing the envelope with her comedy: what do you think of her attempt to show her support for Obama here?