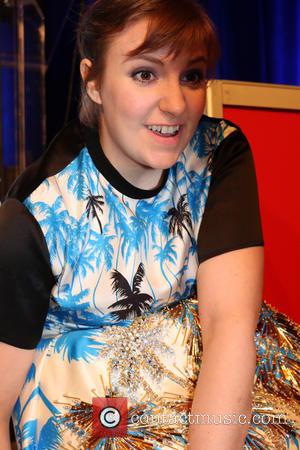 A host of stars including Lena Dunham, Mel Brooks and Sandra Bernhard have spoken out to pay their respects to director Paul Mazursky following his death on Monday (30Jun14).

The five-times Oscar nominated director passed away after suffering a pulmonary cardiac arrest. He was 84.

Following his death, famous fans and friends took to Twitter.com to share their respect for the Bob & Carol & Ted & Alice filmmaker.

Girls creator Dunham heaped praise on Mazursky for his attitude to women in his films, writing, "Paul Mazursky created the most complex female characters and the most human cinematic moments. He will be missed, he will be emulated."

Blazing Saddles director Brooks shared his fond memories of his peer, adding, "Paul Mazursky- one of the most talented writer/dir.'s to ever make movies- died today. He was our American (Italian director Federico) Fellini. I will miss him dearly."

Comic Bernhard wrote, "The great director #paulmazursky sent me this note "your smart beautiful & talented, what more can a girl ask for. a role in a #paulmazursky film? we'll miss him."

It wasn't just Hollywood insiders who mourned Mazursky's passing - record producer Quincy Jones, who penned the score to Bob & Carol & Ted & Alice, tweeted, "Rest In Peace to a great director and writer, my friend and collaborator Paul Mazursky. My thoughts and prayers are with his family. Love."

Mark Ronson wrote, "Paul Mazursky & I once had a nice exchange right here on Twitter. He also directed Bob & Carol & Ted & Alice, one of my favourite films ever."

Mazursky's other films include An Unmarried Woman, Blume in Love, and Harry and Tonto.