Lena Dunham: 'Working out is sexy' 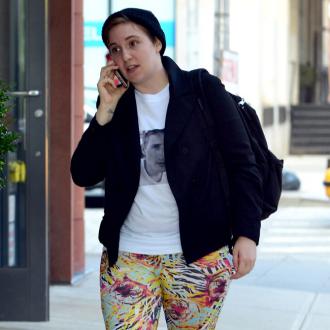 The 'Girls' creator admitted her enthusiasm for exercise is new and now she cannot imagine how she ever coped without it.

She said: ''I have never been a physically engaged person. Like, I was not an athletic kid. I was the kid who came up with a thousand excuses not to take a gym class.

''I started from a place of, 'I'm so annoyed I have to do this.' It was the last thing I wanted to do. When it became something that actually gave me pleasure, I was shocked.''

Lena revealed that preparing to turn 30 next year kickstarted her interest in getting fit and now she is happier than ever.

She explained to ESPN: ''My boyfriend [Jack Antonoff] always says that I'm the most mentally energetic, physically lazy person he's ever met. And it's true.

''Endorphins are real. You run with someone for an hour, you feel pretty good. Running for an hour does not make you feel worse. I feel so much stronger and more capable than before.

''There are a thousand reasons why exercise is important, and I've had to find ways to make it sexy for myself.''