Lena Dunham wants to get pregnant

Lena Dunham says she's more likely to get ''pregnant with twins'' than engaged to boyfriend Jack Antonoff in the near future. 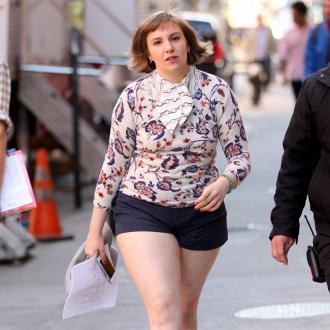 Lena Dunham says she's more likely to get ''pregnant with twins'' than engaged.

The 'Girls' creator and star, who was recently photographed wearing a stack of rings on her left ring finger, feels ''very lucky'' to have Jack Antonoff, 30, as her ''life partner,'' but insists they have no plans to tie the knot in the near future.

She said: ''I love my boyfriend, I'm very lucky to call him my life partner, but you will sooner see me pregnant with twins.''

Asked about the rings that sparked rumours they were set to get married, she told E! News: ''That ring that everyone was talking about is a friendship ring I wear with ['Girls' executive producer and writer] Jenni [Konner].

''It's my favourite because I'm like, 'Yeah, we are engaged to make work together for the rest of our lives.' ''

Jenni added: ''It's three rings stacked the exact same way, we wear them on this finger, it's our friendship rings. I think it is the funniest thing in the world.''

Lena recently admitted even fun. guitarist Jack's mother was fooled by the speculation they were engaged.

The 28-year-old star said: ''My boyfriend was like, 'My mom called asking if we're engaged?' She has a Google Alert on him.

''I also just want to say, if we're going to get engaged, we would be more creative than to do it on New Year's Eve. We don't want to be basic.''