Lena Dunham and Allison Williams would have loved to share kinky sex scenes with '50 Shades of Grey' heartthrob Jamie Dornan on 'Girls'. 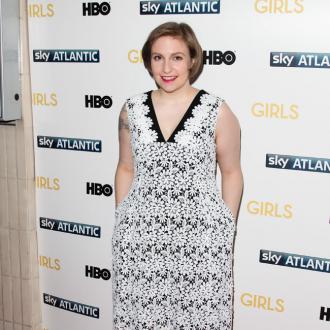 The actress-and-director would have loved the Irish '50 Shades of Grey' hunk to share some steamy sex scenes with the cast of her hit TV show, but fears his high profile casting as S&M-loving billionaire Christian Grey has made him off-limits to get up close and personal with any of the characters.

Speaking at the 'Girls' season three UK premiere at London's Cineworld Haymarket last night (15.01.14), she said: ''Allison [Williams] wants Zac Efron. [We] requested Jamie Dornan, but the thing is, [we] requested him post-'50 Shades of Grey' casting. He's amazing, but I just feel it's too late.''

The show is known for casting credible actors in supporting roles rather than making token celebrity cameos, and Lena has her eye on '12 Years A Slave' breakout star Lupita Nyong'o, as well as British actress Jacqueline Bisset, who gave a bizarre rambling acceptance speech at the Golden Globes on Sunday (12.01.14), which fuelled speculation she had been drinking.

She added: ''There's so many amazing actors, and we also try to write parts that are perfectly suited to them. We're obsessed with Lupita Nyong'o. Jacqueline Bisset, she's gotta come. She's wild. Her speech did [have a lot of wisdom in it], people were upset by her slow walk so they didn't listen to her!''

Recent stories have suggested Lena was lining up style queen Victoria Beckham to appear on the show, but she insists the rumours aren't true.

She laughed: ''I did not mention that. I'm not saying she's not an option. We would be very excited to welcome Victoria Beckham onto our set, but this is an arranged marriage made by the [tabloids]!''

'Girls' season three kicks off on Sky Atlantic on Monday, January 20 at 10pm.