'Girls' star Lena Dunham has revealed she has started to learn to play the piano after becoming musically inspired by her boyfriend, Fun. guitarist Jack Antonoff. 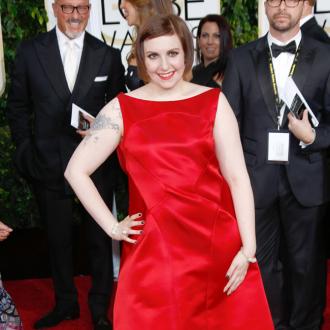 The 'Girls' creator-and-star has decided to learn to play the instrument after being musically inspired by her Fun. guitarist boyfriend Jack Antonoff and close friend Taylor Swift.

The 28-year-old actress said: ''I don't have any secret talents. Any bit of talent I have I pour into my job. But we just got a piano in our house, so I'm going to take a lesson every two weeks.

''I will practice! The lesson is every other week.''

Lena also wants to get a secret talent because her 'Girls' castmates, Allison Williams, Jemima Kirke and Zosia Mamet, are all very good at other things aside from acting.

She told PEOPLE: ''Allison's (secret talent) is singing, and we wrote it in. Zosia is very good at accents and impressions. Jem's an amazing twerker, like, Nicki Minaj 'Anaconda' video butt talent!''

Lena feels very close to her co-stars and insists they have a ''sisterly'' bond with one another.

She said: ''We're really good friends. We have a deep sisterly connection formed by work, and we'll never not know each other.

''We hang out. We eat snacks and look at clothes on the internet.''