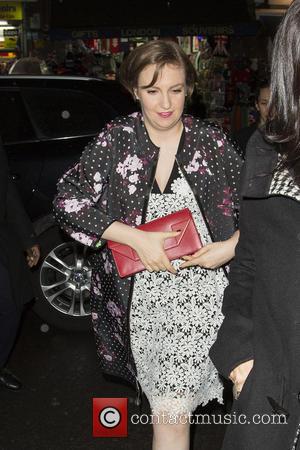 Picture: Lena Dunham - The cast of Girls leaving the UK premiere of season three at Haymarket Cineworld, heading over to the after party at Cafe...

Lena Dunham and Lord Of The Rings co-stars Elijah Wood and Dominic Monaghan have joined the stars paying tribute to Mickey Rooney after waking up to the news of his death.

The Tv and movie veteran passed away on Sunday (06Apr14), aged 93, and celebrities have been flocking to Twitter.com to pay their respects.

Girls star and creator Dunham writes, "Mickey Rooney got all the best babes despite being short as hell. #Rip beautiful man," while Wood adds, "A legend has passed. Rest in peace, Mickey Rooney," and Monaghan calls Rooney "one of the true originators, a trail blazer".

Other Hollywood stars waking up to the sad news on Monday (07Apr14) include Chloe Grace Moretz, Frozen star Josh Gad and Mia Farrow, who writes, "We can only be awed and grateful for so many great performances."

Alec Baldwin, Anne Rice and Billy Crystal were among the first stars to acknowledge Rooney's passing.

Flowers will be placed on one of his four Hollywood Walk of Fame stars at 11am local time in Los Angeles.