Lena Dunham didn't enjoy sex until she was 25 because she used to worry too much about pleasing her partners. 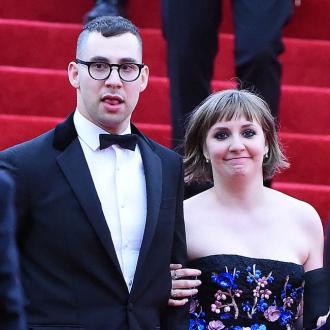 Lena Dunham didn't enjoy sex until she was 25.

The 'Girls' star - who has been dating Fun.'s Jack Antonoff for two years - used to spend too much time ''worrying'' about her partner's pleasure to even consider her own enjoyment and has finally realised what makes ''good'' lovemaking.

''And then what I realised was having good sex takes two people who want to make each other feel good. There isn't a person who's 'good at sex' because it's an alchemy, it's a thing that happens between two people.''

The 28-year-old star admitted most of the sex she had before meeting Jack was ''disastrous'' and she thinks it is largely because her lack of self-confidence meant she was attracted to the wrong people.

Answering fan's questions on YouTube, she said: ''Before my current boyfriend, who's a lovely, lovely person, I had a train of the most disastrous, despicable, van-dwelling monsters in my bed and my bed and in my life.

''You have to love yourself to love someone who's going to love you. Let's take a moment to think about whether that made sense. An attraction to nice people is truly something that comes when you have an attraction to yourself.

''When you feel a lot of negativity towards yourself, you're almost sexually attracted to people who are going to reflect that back at you. When you learn to love and appreciate those qualities that you've tried so hard to suppress, suddenly that behaviour's just not going to be charming to you anymore.''