Lena Dunham and producer for 'Girls' were answering reporters' questions on Thursday (January 9), when a reporter asked something they deemed inappropriate. But how they reacted was pretty unexpected.

If there is one thing you don't do, it's ask those involved with Girls about the show's nudity. Apparently. Producers from the show were taking questions on Thursday (January 9) at the Television Critics Association, when a reporter asked a question they found offensive.

"I don't get the purpose of all the nudity on the show — by [Dunham] in particularly," the reporter said, via Entertainment Weekly. "I feel like I'm walking into a trap where you go, 'Nobody complains about all the nudity on Game of Thrones,' but I get why they do it. They do it to be salacious and titillate people. And your character is often nude at random times for no reason."

The show's executive producer Judd Apatow said the question itself was "misogynistic" and "sexist", and responded to the reporter without actually answering the question.

"That was a very clumsily stated question that's offensive on it’s face, and you should read it and discuss it with other people how you did that," Apatow answered. "It's very offensive."

Dunham also answered the reporter, but made it more personal. She said the show's nudity is "a realistic expression of what it's like to be alive. But I totally get it. If you're not into me, that's your problem and you’re going to have to work that out with professionals."

And it got even worse. Apatow's co-EP Jenni Konner was asked a different question, but responded to the first reporter's question instead.

"I literally was spacing out because I'm in such a rage spiral about that guy," she said. "I was just looking at him and going into this rage [over] this idea that you would talk to a woman like that and accuse a woman of showing her body too much. The idea it just makes me sort of sick." 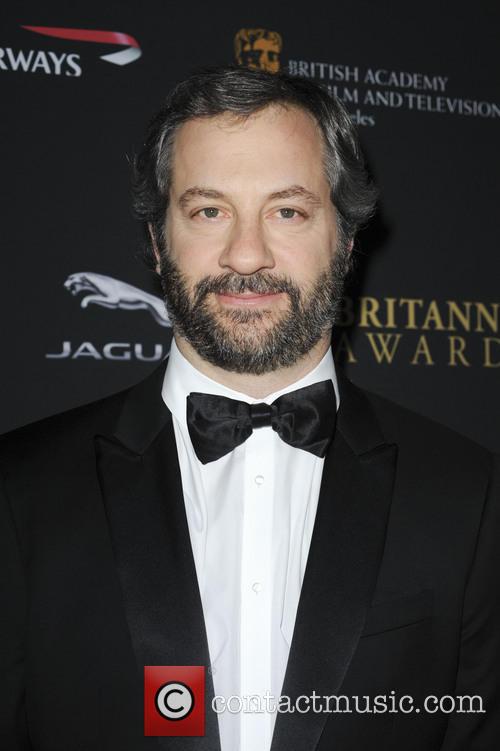 Judd Apatow at an event for BAFTA

Apatow finally calmed everyone down, and actually answered the reporter's question with an actual response. He gave a look into why the nudity fits with the show.

"Lena is brave enough to do it," he explained. "If Paul Rudd said to me, 'I'm willing to be completely naked in the movie,' I'd do it. If Seth Rogen said he was willing to be naked — he showed his butt in a post-sex scene in Knocked Up — I would use it because it's more honest. Most people are not comfortable so we don’t go there."