Was Christopher Abbott Booted Off 'Girls'?

Amid reports of disagreements with Lena Dunham, Christopher Abbott has announced that he won't be returning for the next season of Girls. 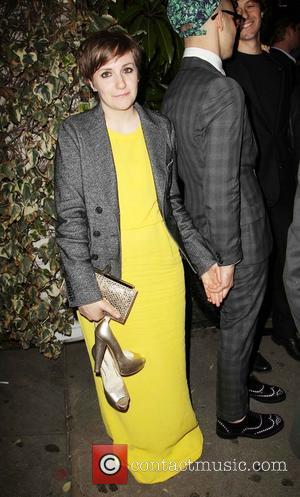 After reports recently started circulating that Christopher Abbott, who plays the character of Charlie on HBO’s Girls, wasn’t exactly getting along with the show’s creator Lena Dunham, the announcement has now been made that he will not be returning for Season 3. A source alleged: "They’ve just started work on Season 3, and Chris is at odds with Lena. He didn’t like the direction things are going in, which seems a bit odd since the show put him on the map."

Creative disagreements? It’s possible, but Abbott’s rep didn’t let anything slip in his statement, confirming the news: "(Chris) is grateful for the experience of collaborating with Lena, Judd (Apatow), and the entire ‘Girls’ cast and crew, but right now he’s working on numerous other projects and has decided not to return to the show.”

So what exactly are these other projects? A role on a rising HBO series seems like a cushy gig, so the actor must have something equally as exciting lined up, right? Well, his next film is the indie flick The Sleepwalker. Hardly a step up from Girls. Meanwhile, Lena Dunham didn’t seem the least bit fussed about the actor’s departure, and instead devoted her Twitter stream to praising the current It-girl of pop, Taylor Swift.

She tweeted: "The @taylorswift13 show tonight=most life-affirming thing I've experienced (NOT hyperbole. After all, haven't yet been to a gay wedding,” adding: “Tiny girls with sparkly signs (is the name of my new T Swift tribute band).” Abbott's run as Charlie will end with the second season.