Lemmy and son 'have 'swapped girlfriends'

Motoerhead rocker Lemmy has admitted he and his son Paul Inder have ''swapped girlfriends'' in the past, and the iconic musicians estimates he's slept with around 2,000 women. 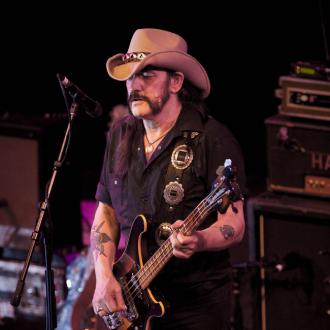 Lemmy has ''swapped girlfriends'' with his son.

The Motorhead star fathered Paul Inder during his relationship with a British girl in the 1960s and become a presence in his life when he was six.

Now an adult, his rocker father has admitted he has become ''closer'' to his son because of exchanging women in their lives.

Speaking to The Sunday Times Magazine, Lemmy said: ''I've been part of Paul's life since he was a kid. I'm not sure how you know if you're a good dad but I think I'm OK.

''We've swapped girlfriends a couple of times. That certainly brings you closer together.''

The 67-year-old musician once claimed he had slept with 1,000 women but he estimates this figure has doubled -although he insisted this isn't ''that impressive''.

''That might seem like a lot, but when you add it up it's not that impressive. I've never been married and I've been f***ing women since I was 16. That's less than one a week.''