Dj/producer Evian Christ Has Been Forced To Scrap His Saturday (29aug15) Performance At The Reading Festival In England After Security Guards Mistook Him For A Gatecrasher And Locked Him In A Holding Pen At A Sister Event In Leeds. 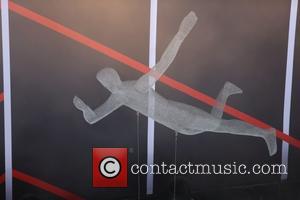 He had just completed his set on Friday (28Aug15) when he was bundled off to a fenced area after red-faced bouncers refused to believe he was a performer.

He recounted the drama via Twitter.com, writing, "reading fest cancelled (sorry) cuz leeds put me in a cage... really tho actually got put in a cage at a festival headlined by mumford and sons because the festival staff didnt believe i was a dj... and thought i was 'trying to break into the festival' after my set."

It's not clear how long Evian Christ was detained but it appears it was long enough for him to miss his ride to Reading.