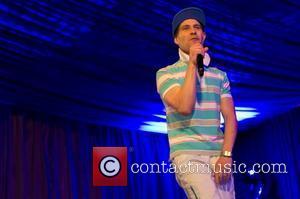 During a comedy TV stunt to promote his new stand-up DVD, Lee Nelson almost ran into bother with a PCSO when he ran out of a HMV store clutching a copy of it while being chased by a fake policeman.

It must've been fairly embarrassing for the Community Support Officer when he grabbed the comedian, real name Simon Brodkin, thinking that he was helping out the pursuing cop in a real shoplifting chase when in fact it was all just a stunt filmed prior to a signing session at the Oxford Street HMV store. Lee was chased by a pretend policeman through the store and on to the street while he repeatedly shouted, 'You can't nick your own DVD!'. Onlookers looked shocked though slightly amused, but the funniest thing about it all was that neither Lee or the actor told the real PCSO that it was just a stunt until they had struggled their way back into the store. Luckily, when the officer realised it was all a joke, he looked a little red-faced but seemed to see the funny side as he laughed and took to his radio to report the false alarm.

Not everyone laughed about it though; one shopper complained that he thought it was 'disgusting' and 'cheap', according to The Sun. 'The PCSO was just doing his job and it was quite a dangerous situation. They were wrestling in the middle of the road, there could have easily been an accident', he said. 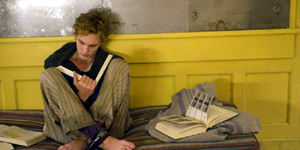 Filmmaker Lynch (daughter of David) knows how to push our buttons, using misogynist violence to...