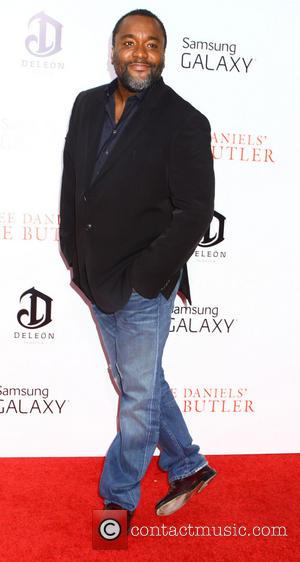 Director Lee Daniels feels uncomfortable with the decision to add his name to the title of new movie The Butler following a legal battle with a rival film studio.

The moviemaker's latest project was thrown into turmoil when executives at Warner Bros. claimed they owned the rights to the name as they have a 1916 short comedy of the same title in their back catalogue.

The feud was resolved when The Weinstein Company chiefs agreed to change the title to Lee Daniels' The Butler, but the director insists he is not happy with the decision.

He tells The Hollywood Reporter, "I try to touch impoverished kids and try to teach them that they... can become filmmakers. I don't want to say 'look at me.' I'm not ready for people to look at me. I don't know if they'll know... that the (decision was forced) on me."

However, castmember Cuba Gooding, Jr. insists the director should feel proud to have his name in the title: "Lee was very insecure about the fact that his name would be mentioned. But I said, 'No, Lee, now they'll know that this is you, all-encompassing of what you do and how great a filmmaker you are'."

Gooding, Jr. is also convinced the legal battle was actually good publicity for the film, adding, "People were talking about a movie I had coming out a month before it dropped, so it was great."