Lee Daniels Fights For His Movie 'The Butler'

Lee Daniels has pleaded his case to Warner Bros. in the hopes they will drop their copyright claim on the title of his new Forest Whitaker-starring film. 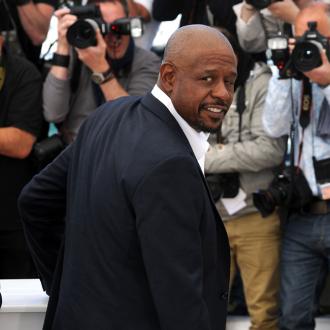 Lee Daniels has begged Warner Bros. to let him keep the title of his new film 'The Butler'.

The Weinstein Company lost its legal battle on Tuesday (02.07.13) following a Title Registration Bureau ruling confirming Warner Bros. owns the rights to the name because of their 1916 silent short of the same name.

The filmmaker has now pleaded his case in a heartfelt email to the rival studio's new CEO, insisting that if they don't drop their copyright claim, the impact of the historical drama about the longest-serving White House butler will severely suffer.

According to Deadline.com, Daniels wrote: ''I have spent the last four years of my life working on the film, 'The Butler', and it is the proudest moment of my professional career. I am heartbroken as I write this letter to you.

''I am so proud of this movie. Every member of our cast worked for almost nothing so that this story could be told with only our very small budget. If we were to change the title a mere six weeks before we open, it would most certainly hurt the film by limiting the number of people who would ultimately see this important story.''

'The Paperboy' helmer Daniels' innovative approach saw him invite Warner Bros. CEO Kevin Tsujihara to a private screening of the drama - which is based on the real-life story of Eugene Allen - so he could see the movie's historical importance for himself and its depiction of the ''injustices and victories African-Americans and their families have experienced in the fight for Civil Rights.''

He added: ''I beg you to see it before you decide to force us to change the title. I truly believe that once you watch it, you would not want to cause this film any harm.''