The Creators Of Hit U.s. Tv Show Empire Are Facing A Lawsuit From A Woman Who Alleges The Drama Was Inspired By Her Life Story. 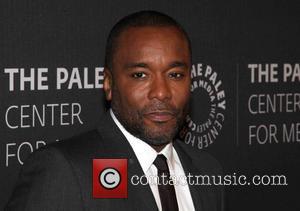 Picture: Lee Daniels - A host of stars were snapped as they arrived for the Paley Center for Media's tribute to African-American Achievements in Television which...

Sophia Eggleston, of Detroit, Michigan has filed a $300 million (£187 million) lawsuit claiming the show's central character Cookie, played by Taraji P. Henson, is so similar to her that creator Lee Daniels must have used her as his muse.

The 53 year old states she was a drug kingpin who went to jail for ordering a hit on a man, and then wrote a memoir about her younger life involved with drugs.

She alleges she travelled to Los Angeles in 2011 to meet screenwriter Rita Miller and gave her a copy of her book, which she claims must have then been used as the basis for Empire.

According to The New York Post, the suit states, "Cookie was a drug kingpin that went to jail. So did plaintiff Eggleston. Cookie is released from jail confinement and immediately places a hit on a certain individual. Plaintiff... actually was jailed for doing the actual hit on a man."

Eggleston tells the publication, "The whole city's been telling me Cookie is basically me. Any jury would rule for me - $300 million is a very small price for taking my whole life and stealing it."