'Stairway To Heaven' Leads To Number One

'Stairway to Heaven' has been voted Britain's favourite rock song of all time by listeners to Absolute Classic Rock radio station. 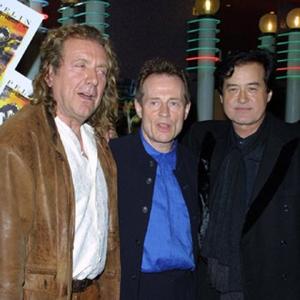 'Stairway to Heaven' has been voted Britain's favourite rock song of all time.

The classic Led Zeppelin track, from their 1971 album 'IV', was voted to the top spot by listeners of radio station Absolute Classic Rock, beating The Who, Queen and The Beatles - whose tracks were all included in the top ten.

Sandra, a fan of the band who voted in the poll said: "I love the Beatles but their songs are so short and happy - for the best song of all time you want something epic, and Led Zeppelin capture it all - grand themes with their lyrics, towering riffs and epic solos to match, so for me it had to be 'Stairway'."

The Top ten rock songs of all time, as voted for by Absolute Classic Rock Radio listeners:

5. Deep Purple - Smoke On The Water