Plant: 'I Watched Live Sex With Bjorn And Benny' 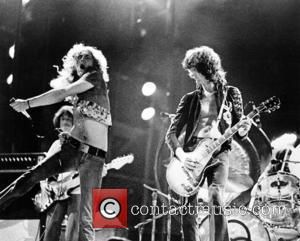 Wildman singer Plant says he used to enjoy drinking in X-rated bars with the WATERLOO stars and his Led Zeppelin sidekick Jimmy Page.

At the time, in late 1978, Plant and Page were recording the heavy metal band's IN THROUGH THE OUT DOOR album in Abba's Stockholm, Sweden, studio with colleagues JOHN BONHAM and John Paul Jones.

Plant has told a Swedish TV show that Ulvaeus and Andersson used to accompany them to local sex clubs to get away from their wives - Abba stars Agnetha Faltskog and FRIDA LYNGSTAD.

Plant said, "I knew Benny and Bjorn very well. Jimmy and I were hanging around with them most nights.

"There were some really good clubs. People would go to bed on circle-shaped mattresses in front of us.

"Men and women would start having sex while we were having a drink."

However, an Abba spokesperson has denied Plant's lurid story: "They've never been to any sex club with Robert Plant."