Noisettes have revealed they are hoping to collaborate with Led Zeppelin bassist John Paul Jones for a track on their ''epic'' third studio album. 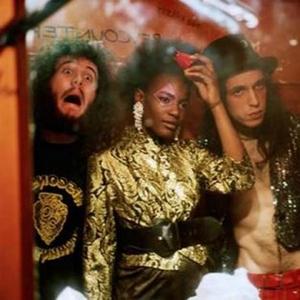 Noisettes are planning to collaborate with Led Zeppelin bassist John Paul Jones on their next album.

The 'Never Forget You' hitmakers - who are set to record their third studio album later in the year - have promised their forthcoming new record will be "epic".

Frontwoman Shingai Shoniwa - who is joined in the group by Dan Smith - exclusively told BANG Showbiz: "It's going to be epic, celestial. We hope to get John Paul Jones from Led Zeppelin on board - we just did the Africa Express gig with him.

"There's going to be loads of amazing surprise guests, including your staple diet of Shingai and Dan, loads of backing vocals, a beautiful tour de force. A present for the whole world over. Every boy and girl from every planet everywhere. Amen."

The singer - who performed an intimate warm-up gig at London's Union Chapel venue last night (12.08.10) ahead of their headline set at the vinspired Lake of Stars festival in Malawi - enjoys getting the chance to play small venues because there is no guarantee they will always exist.

She said: "There's nothing that beats a really beautiful old building like this. Not many musicians get to play in interesting venues anymore because so many old theatres and pubs are closing down. Glastonbury is always going to be there but is this place? Maybe not."