Led Zeppelin's music was ''almost subconsciously,'' influenced by US delta blues, despite them being from England's midlands. 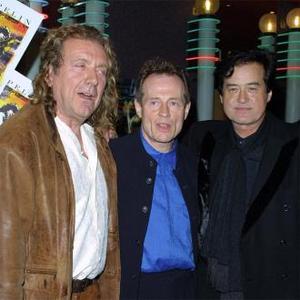 The 'Black Dog' band may have come from England's midlands in the late 60s, but their hearts were in the Mississippi Delta of the US, according to frontman Robert Plant.

Speaking after performing at the Sunflower Blues Festival in Clarksdale, he said: ''So much Zeppelin did come from here. Almost subconsciously, just through the floor of the room where we were recording. With [guitarist] Jimmy [Page]'s enthusiasm and knowledge and record collection, between the two of us, on that level, we had such a mutual preference towards that stuff, and the wild side of rock 'n' roll.''

Referring to The Rolling Stones' singer and guitarist, he added: ''Without the people from around here, where would we have been? What would Mick and Keith have done?''

Led Zeppelin officially disbanded in 1980, but Robert says the spirit of the blues lives on through his work with other bands, such as Strange Sensation, Alison Krauss and his latest project, Sensational Space Shifters, but also through other contemporary artists.

He added: ''It's all a long way back, even to go back to Led Zeppelin or the Stones or whatever, but it did shape, and still does shape, the music from around here. It goes through to the Black Keys, to Jack White, to all over the place. There's nothing new under the sun - you just get a can of paint out.''