By Stephanie Chase in Music / Festivals on 15 August 2016

Rapper Drake had a fanboy moment backstage at his concert in Nashville on Sunday night, when he met country legend Shania Twain. The ‘Hotline Bling’ hitmaker called Shania his "woman crush" when he shared a pic on Instagram of the two backstage at the show, after gushing about his love for her onstage.

Rapper rubbed salt into LeBron's wounds after the game.

Canadian rapper Drake had absolutely no sympathy for injured NBA star Lebron James after the Cleveland Cavaliers lost to Toronto Raptors on Saturday (May 21st 2016), taking to Instagram to throw some serious shade at the basketball hero following his unexpected loss. There's such a thing as a sore winner, Drake! 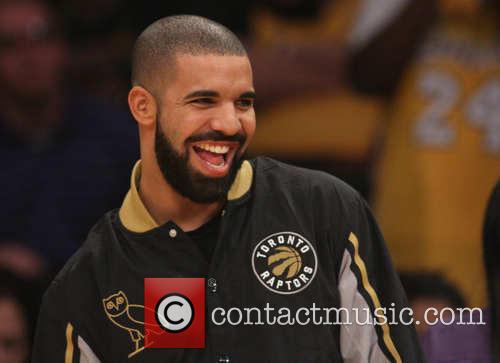 Drake is way too pleased with himself after Raptors win

Drake is well-known for being a basketball fan and indeed an avid supporter of the Toronto Raptors, and even though he wasn't present at the game at the Air Canada Centre where he often is, it didn't stop him taunting an already dejected LeBron James about his surprise defeat with a throwback Instagram shot featuring the star on the verge of tears during a past game. 'Flying home for game 4', Drake tagged the snap.

Continue reading: Drake Was Quick To Air His 'Views' On LeBron James After Toronto Raptors Win

The 90s classic is returning to the big screen.

It looks like we'll finally get a chance to re-live a particularly special part of our childhoods as it is announced that a sequel to 1996's basketball flick 'Space Jam' is well on the way - and, as a bonus, it's rumoured that Lebron James will take over from Michael Jordan as the new movie's main star. 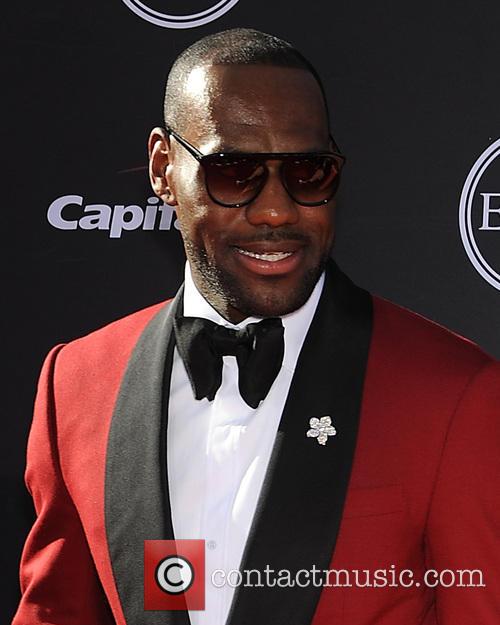 LeBron James to return to the big screen?

LeBron James made his acting debut last year in Amy Schumer and Judd Apatow's 'Trainwreck', so it's not completely unlikely for the Cleveland Cavaliers star to pick up another major comedy. On the other hand, Brian Windhorst of ESPN has reminded us that no deal regarding the NBA player has gone through as of yet.

Basketball star Lebron James rolled out a party to remember after he wedded his high-school sweetheart Savannah Brinson in a decadent three-day celebration. The highlights of the newlyweds' bash was an exclusive performance of 'Crazy in Love' by R&B singer Beyoncé and her rapper husband Jay Z, according to TMZ. 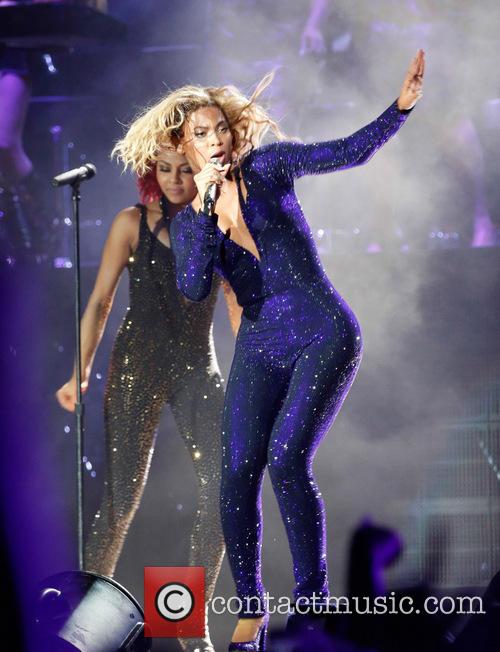 The pair had been holidaying in Sorrento with their daughter Blue Ivy to celebrate Beyoncé's birthday on 4th September but jetted back in time to wow LeBron and Savannah's 200 guests with a typically draw-dropping performance.

After the success of winning his second NBA championship, Lebron James has decided to begin a new venture and team up with cable network channel Starz to become executive producer of a new sitcom called Survivors Remorse.

The 30 minute show will follow two cousins who escape a life of poverty in the tough streets of Philadelphia for a chance of fame and fortune. The sitcom will follow the two cousins as they, according to the New York Daily News "become successful and occasionally find themselves looking back with pangs of guilt".

Lebron James's personal journey is well documented as he grew up in an impoverished home, being raised by his 16 year old mom in several neighbourhoods of Akron, Ohio. James understands more than most the challenges that are faced accending to great heights of fame, as he has felt the strain of fame and the backlash of the public, most notably the criticism he received for conducting the TV special, 'The Decision'. [link] 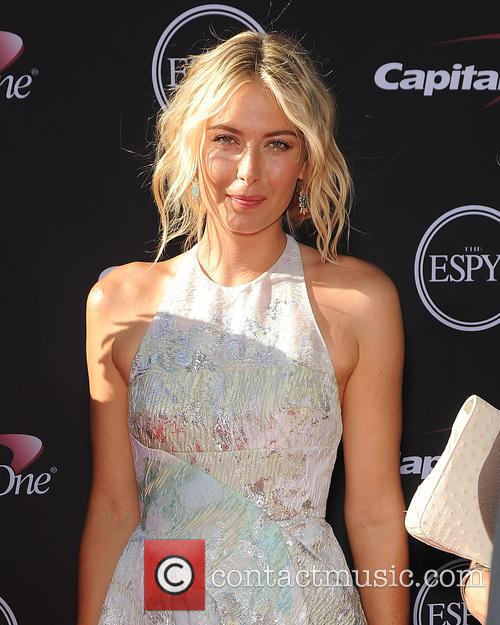 Lebron James and his sweetheart Savannah Brinson have finally set a date for their wedding. Savannah and LeBron, who have two children together, have sent friends a ‘save the date card, asking pals to make sure they keep their diaries clear for their wedding, on the weekend of September 13 – 15. They plan to wed in San Diego, according to People magazine and the cards they sent out feature a caricature of the family, “all dressed up, grinning and piloting a plane into San Diego.”

TMZ have pointed out that there could be a problem with James and Brinson’s Jewish buddies attending their nuptials, as the date they’ve asked them to save is actually the start of the Yom Kippur Jewish festival. On Sept 13, Jews are supposed to fast for 24 hours and pray. Not exactly compatible with your average wedding, sadly. We’ll save the rest of TMZ’s comments on the Jewish faith to its own readership; we just hope for LeBron and Savannahs sake that they manage to find a compromise for their Jewish pals. 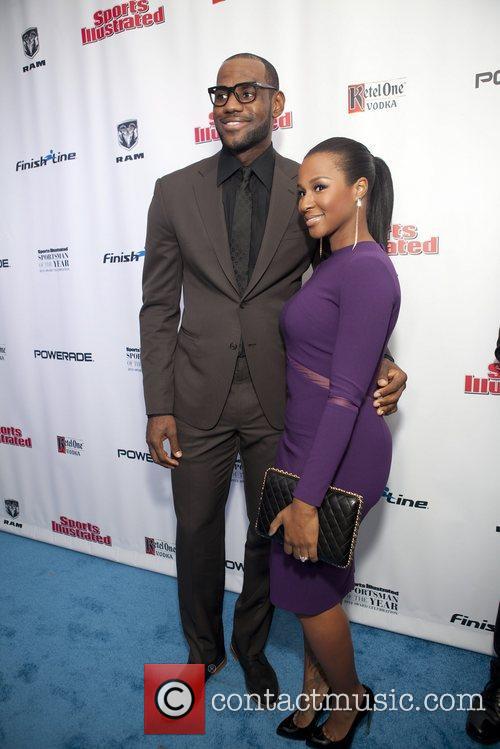 Samsung's Super Bowl Ad Is Big, But Is It The Next Big Thing?

Paul Rudd and Seth Rogen are the stars of Samsung’s Next Big Thing Super Bowl ad.

Or rather, they’re not the stars. Or they are the stars, who are acting as not the stars… it’s all a bit meta. It’s also pretty funny, but then again, you can’t expect anything less of such a huge production can you? Yes, we imagine Samsung paid quite the tab for this star-studded affair, but ‘tis the season after all. Did we mention that Lebron James is also it it?

The ad is such a big deal apparently that not only did Samsung tease it beforehand, but they also released the full, two-minute version of the thing. Oh, and it also promotes some of Samsung's products too, such as the Galaxy Note. Did we mention that LeBron James is in it? The entire clip feels more like an Saturday Night Live skit rather than an ad to be honest, but then again, that was probably part if the clever marketing team’s idea. Those guys like getting into your head and making you subconsciously want things, we’ve heard. Come to think of it, those Galaxy Note things are looking pretty sweet.

Continue reading: Samsung's Super Bowl Ad Is Big, But Is It The Next Big Thing?

The Celebrity Youth Are Most Generous As Taylor Swift, Miley Cyrus And Justin Bieber Top 'Philanthrolist'

By Lorna Greville  in Lifestyle / Showbiz on 27 December 2012

The end of the year never fails to spark numerous lists about our favourite celebrities and all the best and worst things they're known for over the past 12 months, top twenty celebrity melt downs, top 5 weddings, top 50 breakups, most scandalous, most attractive, least lucrative, and the list of lists goes on. But Do Something has compiled a list of the most charitable celebrities, so it really is one worth checking out.

Here's a quick run down:

Professional basketball player Lebron James arrives for 'The Late Show With David Letterman'. He stops briefly to take a photo with a girl in a wheelchair before shooting inside the venue, snubbing photographers.

Following the negative comments and snide remarks about him since the Miami Heat fell apart in the 2011 finals, James has risen above it all and proved all the haters wrong by giving the Heat one of the best seasons in history. He recently revealed that his favourite joke made at this expense before this success was, 'Don't ask LeBron James for a dollar because he will only give you three quarters.'

Basketball superstar Lebron James is seen here leaving swanky Miami Beach nightclub Rush late on Friday night, seemingly unfazed by the important game against the New York Knicks that was played on Sunday night (15th April). The much-coveted player, often referred to as 'King James,' must not have had too many drinks as he and his Miami Heat teammate Dwyane Wade combined for 57 points in a close victory against the Knicks.

James was the top scorer for his team, netting 29 points in the game compared to Wade's 28. The lead scorer of the night however was New York's Carmelo Anthony, who netted 42 points
« Prev 1 2
Lebron James 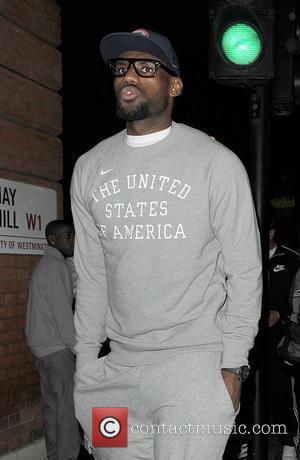 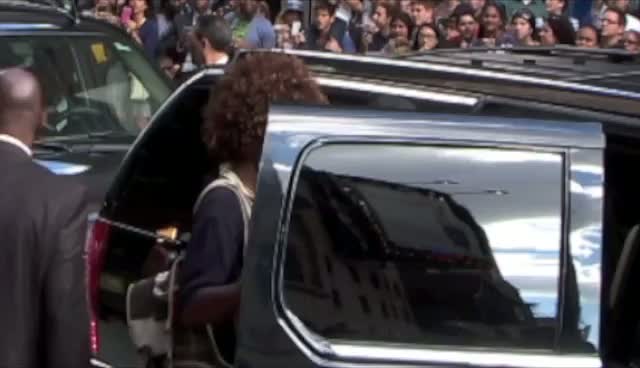 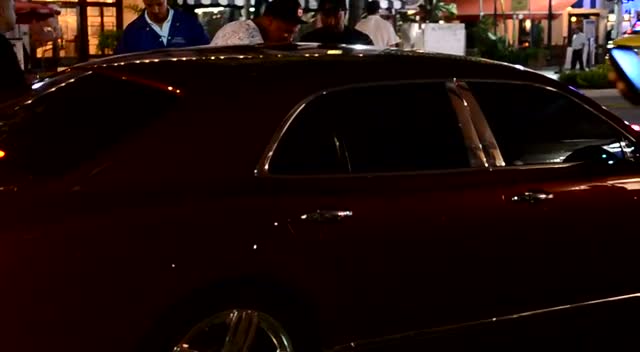