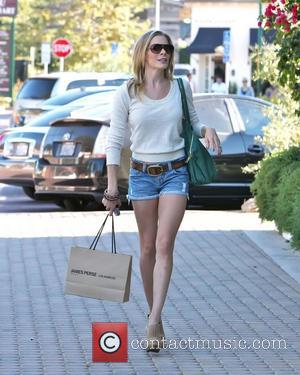 Singer/actress Leann Rimes is remaining philosophical after learning her husband Eddie Cibrian's new TV drama The Playboy Club has been cancelled, insisting everything happens for a reason.
The actor's star turn in the new NBC series, set in publishing boss Hugh Hefner's famous 1960s Chicago, Illinois hotspot, was axed by network bosses on Tuesday (04Oct11) due to poor ratings.
Rimes had spent the summer (11) travelling back and forth from the couple's home in Los Angeles to Chicago, where the show was filmed, to spend time with Cibrian, but she's now reflecting on the cancellation news with optimism.
In a post on her Twitter.com blog, she writes, "Everything works out the way it's supposed to. One door closes and many more will open. God knows, home is where we need to be more often."
The Playboy Club, which premiered on 19 September (11), will run until 31 October (11).