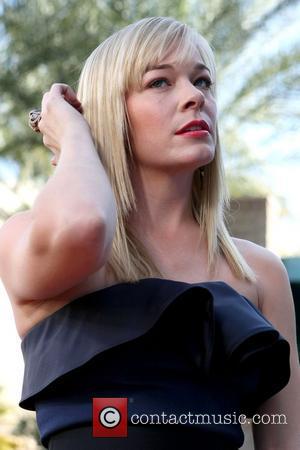 Leann Rimes has finally spoken out about the breakdown of her marriage and her subsequent affair with movie co-star Eddie Cibrian, insisting she "doesn't regret the outcome".
The singer/actress has remained silent since she was caught kissing Cibrian on camera last year (09), while she was still married to dancer Dean Sheremet.
Rimes and Sheremet filed for divorce shortly afterwards, and Cibrian also split from his wife, Brandi Glanville, so the stars could be together.
A year on from the scandal, Rimes admits she regrets the way events unfolded but she's happy to have Cibrian by her side.
She tells People magazine, "I take responsibility for everything I've done. I hate that people got hurt. But I don't regret the outcome."
Rimes confesses their friendship "tipped over" a few months after filming Northern Lights and they embarked on a love affair: "It was very emotionally driven. I never once thought what I was doing was OK."
But the 27 year old is adamant there were problems in her marriage before her romance with Cibrian started. She admits she and Sheremet tried to work out their differences but it became "very apparent it wasn't a marriage that fulfilled either one of us".
She adds, "I was out of balance. My marriage was out of balance. There was something missing."
But Rimes despises being called a "home wrecker" - because Cibrian and Glanville's marriage was already fractured too.
She says, "The hardest thing to hear is someone call either of us a home wrecker because we didn't walk into a perfectly happy marriage and ruin it."
The star is refusing to rule out another wedding in the future, but insists, "I don't know what the future holds, but I know it holds Eddie. I'm really happy. I've moved on, and I hope there can be some forgiveness and acceptance."