Leann Rimes has filed a lawsuit against two women she claims illegally and secretly recorded a phone conversation with her and then released out-of-context excerpts, painting her in a ''false and negative light''. 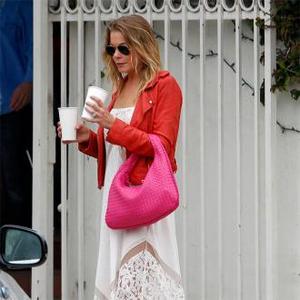 Leann Rimes has filed a lawsuit against two women she claims illegally recorded a phone conversation with her.

The singer - who is currently being treated for stress and anxiety in a rehab facility - has sued Kimberly Smiley and Lexi Smiley for invasion of privacy after she called them to speak about reportedly negative things they had written about her on the internet.

LeAnn claims the women are supporters of her husband Eddie Cibrian's ex-wife Brandi Glanville - who he left for LeAnn - and according to gossip website TMZ, claims they illegally and secretly recorded the conversation and then released out-of-context excerpts, painting her in a ''false and negative light''.

She also alleges they made statements that LeAnn was ''crazy and delusional.''

LeAnn checked in to a 30-day in-patient facility to deal with ''anxiety and stress'' on Wednesday (29.08.12), the day after her 30th birthday, and she hopes she is better able to deal with her problems on her return.

She said: ''This is just a time for me to emotionally check out for a second and take care of myself and come back in 30 days as the best 30-year-old woman I can be.''

''All the things in my life will be there when I get out, but you know what? I'm hoping they're not going to affect me as much. I'll have the tools to know how to deal with them.''

Her representative Marcel Pariseau added privacy was not ''expected'' but would be ''appreciated''.

He said: ''LeAnn has voluntarily entered a 30 day in-patient treatment facility to cope with anxiety and stress.

''While there will be speculation regarding her treatment, she is simply there to learn and develop coping mechanisms. While privacy isn't expected, it's certainly appreciated.''