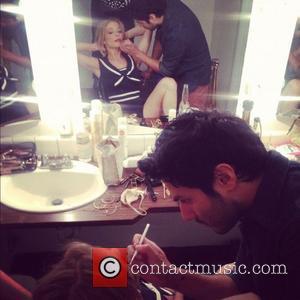 Singer Leann Rimes pulled out of the first show of her tour on Friday night (05Oct12) after contracting a "massive infection".

The Blue singer, who enrolled at a treatment facility in August (12) to address anxiety and stress issues, was due to perform for fans in Wendover, Nevada, but she axed the concert at the last minute after experiencing health issues.

Rimes, who scrapped shows in July (12) to undergo an emergency root canal treatment, took to her Twitter.com page on Saturday (06Oct12) to announce the gig would be rescheduled, but did not reveal the specific reason behind the cancelled performance.

In a post, she writes, "I feel like I got hit in my right side of my face with a baseball bat. Not a good feeling when I am getting on a plane. For all my fans at Wendover last night, the show will be rescheduled, not a cancelled show. Worst way ever to kick off a tour... under anaesthesia and a massive infection. Well, onward and upward. It can only get better from here!!!"

The singer also assured fans she would take to the stage as planned on Saturday night for a performance at Living Free Animal Sanctuary's annual fundraiser in California.

Rimes added, "The show is going on today. Headed right now to help raise money for sweet animals. I have such a soft spot for animals in need!!! It's so hard not to want to rescue them all!!!"