Singer Leann Rimes Is Praying For Her Father's Health After Learning He Requires Open Heart Surgery. 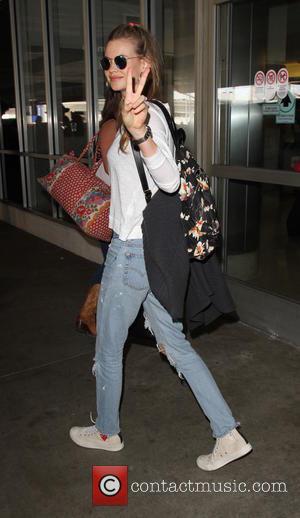 The Blue hitmaker took to social media on Monday (09Nov15) to reveal she is caring for her actor husband, Eddie Cibrian, and her dad, Wilbur, as they had both fallen ill, but she has since discovered her father's condition is a lot more serious than she initially thought.

Returning to Twitter hours later, she wrote, "My (heart) has been pulled in so many different directions today Prayers 4 (sic) my dad He's got to have open heart surgery tough on this kid".

LeAnn did not share any further details about Wilbur's illness, but she was flooded with messages of support from her fans, and she has since expressed her gratitude for the kind words, writing, "Thank you all for your prayers and well wishes".

The singer and her father were previously estranged when she filed a lawsuit against him and her former manager, Lyle Walker, in 2000. Rimes claimed the two men had taken over $7 million from her over the course of five years.

Rimes' lawsuit with her father was settled in 2002 and LeAnn reconciled with her dad in time for her wedding to first husband Dean Sheremet later that same year.