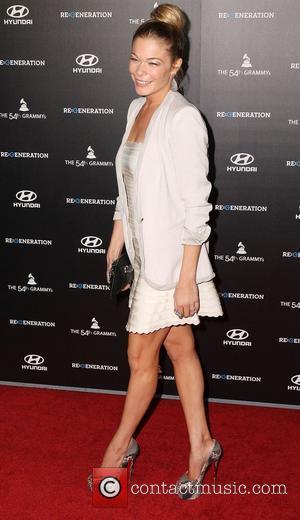 Country star Leann Rimes has shared footage of herself sobbing on stage as she sang Whitney Houston's hits during a concert in Nevada.
The devastated singer refused to cancel her show in Reno on Sunday (12Feb12) - the day after Houston's death - and instead used the gig to pay tribute to her idol.
She told the crowd, "Probably one of the three women who influenced my whole career, my life, was Whitney Houston. I'm going to try and sing in honour of her. I've got to stop crying 'cause the woman had a range like nobody else, so I can't sing this song crying."
The Blue hitmaker was overcome with grief as she performed If I Don't Have You and she broke down in sobs tackling Houston's signature song I Will Always Love You.
Rimes struggled to finish the ballad and instead whispered the moving lyrics into the microphone.
She later took to Twitter.com to share a clip of the gig and wrote, "My heart is truly broken... Thank you Reno for a very memorable show."