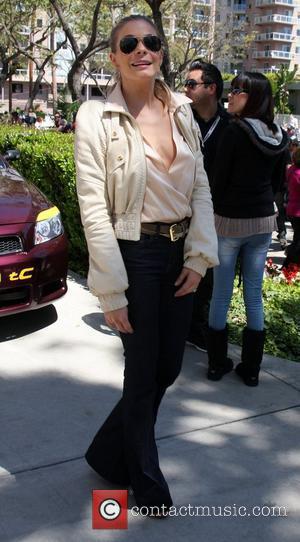 Leann Rimes continued her wedding anniversary celebrations this weekend (27Apr12) as she renewed her vows with husband Eddie Cibrian.
Last weekend (21-22Apr12), the couple kicked marked their one-year milestone by returning to the private seaside home where they exchanged vows in Malibu, California in 2011.
The loved-up pair decided to extend the festivities by saying 'I do' again on Friday (27Apr12).
Rimes shared her happy news in a post on Twitter.com, telling fans, "What an incredible day!!!! Renewed our vows today... it's incredible to thank each other for the past year as husband and wife. Here's to another great year!"
They also spent some quality time together at the beach, with Rimes later adding, "Eddie and I went climbing on the rocks in the ocean yesterday to see the thousands of crabs."
The country singer hit the headlines in 2009 when she and Cibrian had an affair after they filmed TV movie Northern Lights together.
The stars, who were both married to other people at the time, subsequently ended their respective relationships.