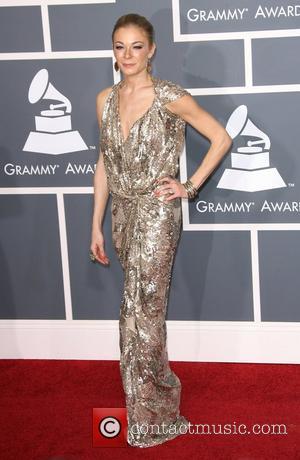 Leann Rimes' former love rival Brandi Glanville has proved she harbours no hard feelings towards the singer/actress by congratulating the star on her new marriage to actor Eddie Cibrian.
Rimes exchanged vows with the former Csi: Miami star in a surprise ceremony in Malibu, California on Friday (22Apr11), with Cibrian's two sons with Glanville, seven-year-old Mason and four-year-old Jake, in attendance.
The actor split from Glanville in 2009 after he embarked on a very public affair with country star Rimes while they filmed a TV movie together.
The two women subsequently engaged in an online war of words, but called a truce in March (11) for the sake of Cibrian's kids.
And Glanville insists her ex-husband's new marriage is a good thing for their sons, because it will give them a sense of normalcy.
She tells In Touch Weekly, "I'm very happy that my children will have consistency in their lives while on their father's time."
Rimes' ex-husband, Dean Sheremet, also sent the singer his best wishes over the weekend (23-24Apr11) following the news of her wedding. The singer divorced dancer Sheremet last year (10).