Leah Remini To Write 'Tell All' Book About Scientology

Leah Remini has been offered millions of pounds to pen a tell-all Scientology memoir after she quit the Church last month following years of abuse. 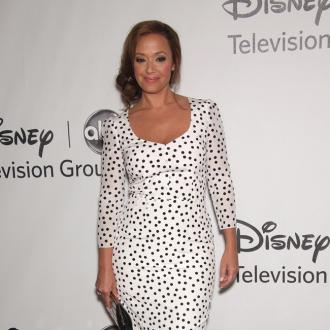 Leah Remini has been offered millions of pounds to pen a tell-all Scientology memoir.

The 'King of Queens' star and her family dumped the organisation earlier this month after being subjected to years of abuse for questioning the actions of Church leader, David Miscavige, and now publishers are keen to snap her up in a bid to expose her sci-fi ordeal.

A publishing executive told RadarOnline: ''Everybody wants the Remini book. If she'll tell all about her years in Scientology, her interactions with other celebrities in the religion, and what she went through in getting out - well, the sky's the limit.

''If she were to lift the lid off how the church really operates under David Miscavige and how Tom Cruise fits in, that would up the ante.

''It would have to be a thought-provoking, sometimes funny, sometimes scary, sometimes sad look at Hollywood and Scientology that reveals information never previously known to the public.

''Leah comes across as very bright, articulate and sassy. She definitely has it in her to write a best-seller.''

The 43-year-old actress was subjected to five years of ''thought modification'' after she questioned where David's wife Shelley - who hasn't been seen in public since 2007 - was during Tom Cruise and Katie Holmes' wedding in 2006.

Remini - who has also queried the behaviour of the Sea Organisation sect within the church - has received much support from the public and her friends and family since quitting the church and it's something she's thankful for.