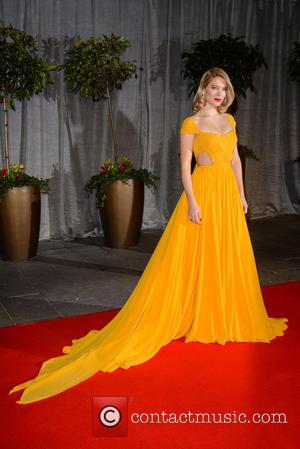 Picture: Lea Seydoux - A variety of stars were photographed at the EE British Academy of Film and Television Awards 2015 Official After Party which was...

French actress Lea Seydoux ruined her first audition for the new James Bond movie after downing a beer to steady her nerves.

Seydoux is set to play Bond girl Madeleine Swann opposite Daniel Craig in his latest 007 installment, Spectre, but she almost missed out on the opportunity after fluffing her lines in front of producers at her try-out.

She tells Britain's Event magazine, "The first audition took place at a hotel in Paris. I joined the three other contenders in line. We were there to read lines from Casino Royale and Quantum Of Solace... I arrived very early and I was nervous so I drank a little beer to relax myself. When it was time for my audition, my face was bright red and I forgot my lines. It wasn't a success. In fact it was a failure. That made me very sad but I asked if I could audition a second time."

Seydoux sailed through her second audition and was later given the good news over lunch in London with director Sam Mendes.

She adds, "After that (the second audition), they asked if I could meet Sam Mendes at his office in London. I think he really liked me. He said he'd think about it. I waited for a few months. Then, in April 2014, I had lunch with Sam in London. He told me I was part of the film."