Lea Michele wants Matthew Paetz to propose and is reportedly desperate to tie the knot with the former dating coach after recently celebrating their one year anniversary. 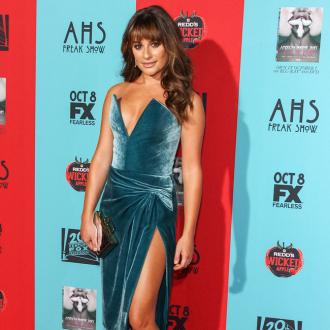 The 'Glee' star is reportedly desperate to tie the knot with the former dating coach after recently celebrating their one year anniversary.

A source close to the 28-year-old actress said she dropped some major hints at Nikki Reed and Ian Somerhalder's romantic wedding in Malibu late last month.

The insider said: ''She was pretty open about wanting to walk down the aisle soon herself. She'd refer to 'my wedding dress' and 'my wedding cake' - it was really annoying. And she just went on and on, she'd give Matthew the big-eyed look. He just seemed embarrassed. It was uncomfortable.''

But Matthew, who met the brunette beauty on the set of a music video last year, isn't ready to pop the question just yet.

The insider told Life&Style magazine: ''When someone asked Lea if she was engaged, she sheepishly replied, 'Nope, not yet.' Awkward!''

The model is the first person the actress has seriously dated since her boyfriend Corey Monteith died from a heroin and alcohol overdose in July 2013.