Lea Michele still talks about Cory 'all the time'

Lea Michele still talks about her late boyfriend Cory Monteith ''all the time'' but is being guided through her grief at his passing by her friends. 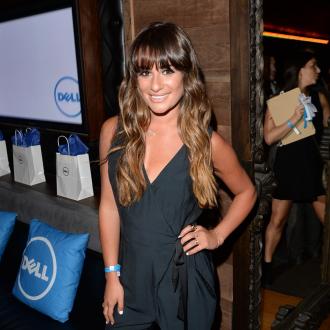 Lea Michele still talks about her late boyfriend Cory Monteith ''all the time''.

The 'Glee' star is still coming to terms with the passing of her co-star and partner from an overdose of heroin and alcohol in July, and while things are still difficult, she is starting to make positive progress.

A close friend told People, ''She talks about Cory all the time,'' adding that Lea ''still misses him every day''.

The source also said the 27-year-old actress has been receiving lots of support from those around her, adding she ''doesn't like to be alone. Her friends have really been helping her through it.''

Another friend said: ''She really struggled. It was hard to get up every morning. But now, she's doing OK.''

An episode of 'Glee' in tribute to Cory and his character, Finn Hudson, called 'The Quarterback', aired in the US last week and drew big numbers for channel FOX, with 7.4 million viewers tuning in when it aired on October 10.

The episode included a tear-jerking rendition of Bob Dylan's 'Make You Feel My Love', performed by Lea, who plays Rachel Berry in the show.