Cory Monteith went on a diet thanks to his girlfriend and 'Glee' co-star Lea Michele's insistence. 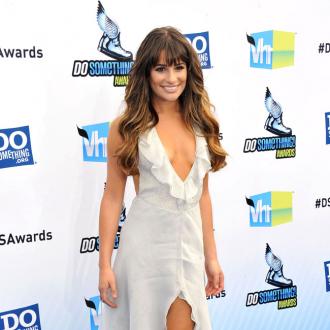 Lea Michele convinced Cory Monteith to go on a diet.

The 'Glee' co-stars have been dating since January and the 26-year-old actress insisted her 30-year-old boyfriend drop some of the extra weight he was carrying thanks to his love of unhealthy foods.

A source said:''Cory's idea of a balanced meal was a bowl of sugary cereal followed by a handful of candy. He was also a big meat and potatoes guy.

''Lea made it clear she wanted him to hop on her fitness bandwagon and in June she convinced him to adopt a vegetarian diet.

''By August Cory was eating all vegan - things like quinoa salads and veggie burgers - and he was joining Lea on hikes and at yoga classes. He dropped more than 20 pounds in only a few months and Lea loves his new look.''

A source said: ''Lea wants Cory to get matching tattoos. She has been wanting to do this for a long time, but she has decided on the design yet.''