Lea Michele will present an award at the Nickelodeon Kids Choice Awards on March 29. 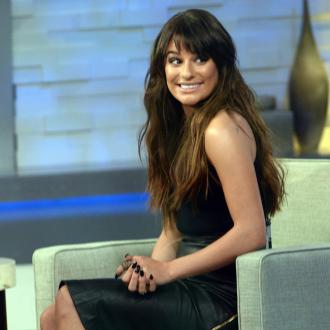 Lea Michele will present at the Nickelodeon Kids Choice Awards.

The 'Glee' star will reportedly take the stage at the 27th annual ceremony - which is famed for covering celebrities in green slime - alongside Kaley Cuoco, Jim Parsons and Andy Samberg, who will also present winners with the iconic blimp-shaped trophy.

According to People Magazine, 'Live! With Kelly and Michael' co-host Michael Strahan and former 'Sister Sister' star Tia Mowery-Hardrict will also present awards while Mark Wahlberg is set to host the proceedings.

Previous celebrity hosts to have presented awards at the ceremony include Will Smith, Jack Black, Dwayne Johnson, Josh Duhamel, and Kevin James.

Leading the nominations this year are Sandra Bullock and Jennifer Lawrence who will go head-to -head for the title of Favourite Movie Actress and Favourite Female Buttkicker, while Ross Lynch, Jack Griffo and Jake Short are up for Favourite Actor. Katy Perry and Taylor Swift will also battle it out in the Favourite Female singer category.

The votes were made by viewers, and the poll was open across six continents.

The winners will be announced when the Kids Choice Awards takes place in Los Angeles Saturday, March 29.