Lea Michele drank as a toddler

Lea Michele admits it is ''crazy'' that her parents have allowed her to drink wine at family meals from when she was a toddler. 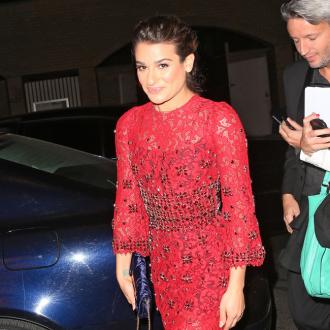 Lea Michele has been drinking wine since she was a toddler.

The 'Glee' actress insists it was normal to consume the alcoholic beverage, along with soft drinks, at the dinner table during family meals.

Asked about the revelation in her book 'Brunette Ambition' that she had begun drinking so young, she said: ''It makes me seem crazy! I'm Italian, so it was like, at the dinner table it would be Pellegrino, a jug of soda, and a huge thing of wine. So, everyone was just drinking wine, like it was part of, like, you know, what you would have along with your dinner.''

The 27-year-old actress admitted that, as she entered her teens, her casual attitude towards drinking led to some tension when she met her boyfriends families.

Speaking on 'Chelsea Lately', she said: ''Growing up, I'd be having dinner with my boyfriend and his parents. And I'd be like, 'Where's the wine? Pass the wine.' At like 17, and they were like, 'This girl's crazy.' ''

However, Lea believes her parents' approach to alcohol prevented her from wanting to get drunk as she got older.