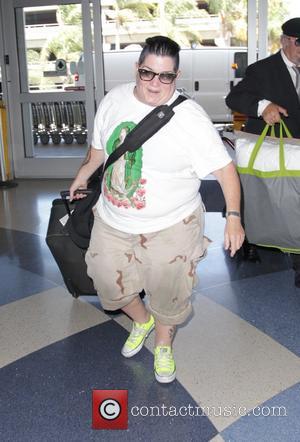 Orange Is The New Black star Lea Delaria fired back at a man who was shouting anti-gay sentiments on a New York City subway on Tuesday (04Nov14).

The openly gay actress was on a train in the Big Apple when she heard a man in the same car preaching lines from the Bible, referencing the "sin of homosexuality".

As their shouting match continued, DeLaria told him, "As long as you keep talking, I'll keep talking!"

And as he continued to speak about Sodom and Gomorrah at a high volume, she attempted to drown him out by exclaiming, "We do not have to be force-fed this man's religious beliefs. Jesus never said for you to do this - ever!

"Don't come at me because I went to f**king Catholic school for 12 years and I know every line."