Dance pop trio Chew Lips have revealed they expect their set at this year's GlobalGathering festival to be ''vomit inducing''. 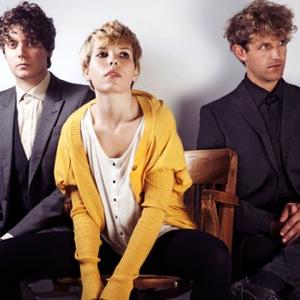 The dance pop trio - who are performing at this year's GlobalGathering in Stratford Upon Avon in Warwickshire, England - have admitted they think their live set will be a "rollercoaster of emotion".

Lead singer Tigs revealed: "It will be a rollercoaster of emotion, a nail biting, vomit inducing, pop sensation with semen and sequins."

Despite album 'Unicorn' being dubbed "a record fit to herald a new decade", the frontwoman of the band - who draw influence from the likes of LCD Soundsystem and Prince - admitted when they first started putting tracks together, they didn't know what sound they were aiming for.

She explained: "Well we just got in a room initially and started writing songs without knowing what sort of sound we were going for. That then got refined after a year and by the time we were making the record it was there."

This year's 10th anniversary festival will be taking place in Stratford-Upon-Avon from July 30 to 31. For more information and tickets please visit: www.globalgathering.com.