Album Of The Week: The Fourteenth anniversary of Sound Of Silver by LCD Soundsystem

After fourteen years since it was released it's time to revisit 'Sound Of Silver', the Grammy nominated, superb second album from LCD Soundsystem.

Arriving seemingly fully formed and creatively fertile just after the turn of the century, LCD Soundsystem shifted the world of dance and electronic music with their innovative sound. By the time the band were only a few years old and ready to unleash their debut, eponymous, album on the world back in 2005 they were already a highly regarded band. With the release of their single Daft Punk Is Playing In My House they cemented their ever growing reputation. The album and single were both Grammy nominated. 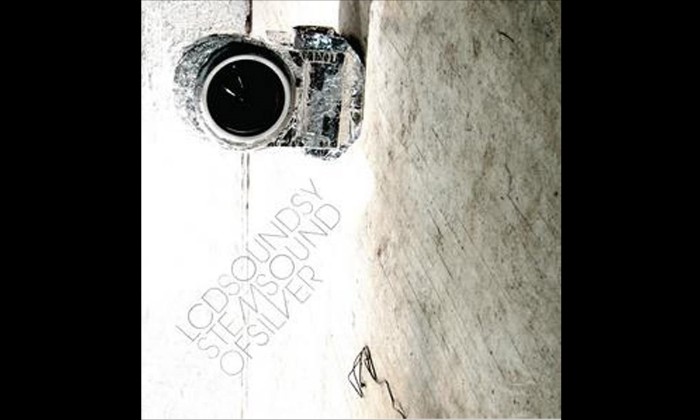 It didn't take long for LCD Soundsystem to get to work on the follow up to their debut, as well as also providing a 45 minute soundtrack to Nike's Original Run series. Sound Of Silver, their second album, was as well received as it's predecessor and it too became Grammy nominated for best Electronic/Dance album. The band's sophomore album was recorded during 2006 at both Long View Farm in Massachusetts and the DFA Studios in New York. The nine song record, released on March 12th 2007, gave rise to four singles in total, the first of which, North American Scum was released ahead of the album in February.

The album's lead single, referencing various topics that included a perception that the band were from England and how they were regarded when they were on the road, was a great advert for the album that was to follow. The funky bass line, youthful backing vocals, agitated delivery and relentless beat made for a standout LCD signature track.

The second single, All My Friends, released in May of the same year, was an altogether different, but no less creative, single. The extended intro to the 7m42s track (Cut to 4m18s for some edits) breaks gradually as the quick tempo tune develops. The casual delivery of the vocal contrasts to the frantic piano score and snare driven percussion, with the song building and building until it's ultimate anthemic finale.

LCD's third single lifted from the album was Someone Great and was released in the October of 2007. Another epic, radio unfriendly track, running at over six minutes (Cut by 3m for the official video) it was different again to the previous two releases. The overtly electro composition relied more heavily on synth loops and employed a softer vocal. Here LCD's sound was closer to Sheffield in the early 80's or Düsseldorf in the 70's than New York in the 00's. Time To Get Away, the album's second track, completed the four single releases from 'Sound Of Silver' when it was released in 2008.

Although the remaining five tracks on Sound Of Silver may not have been deemed suitable for single releases they too were notable for various reasons. The close out track, New York, I Love You But You're Bringing Me Down is a fantastically melancholic track that's about as far removed from dance or electronic music as you could imagine. The initially slow and tender love song does break quite spectacularly, but not into a synth sequence or Drum & Bass beat but rather into a full blown Rock extravaganza making for an altogether unexpected end to a terrific album.

The finale to Sound Of Silver contrasts brilliantly with the opening track, Get Innocuous! Here the album is introduced with all the bleeps, beeps and electro flourishes that you'd expect from LCD, but then they wouldn't be who they are without throwing a few curve balls into the mix. The range of sound on LCD's second album is still remarkable for a band that were only really in their infancy at the time. From the delicious, Human League like, funky groove of the title track through to the youthful exuberance of Watch The Tapes, LCD Soundsystem's album still delivers on many levels. It's not hard to see why it was The Guardian's album of the year in 2007.

Album Of The Week: The Fourteenth anniversary of Sound Of Silver by LCD Soundsystem