Laverne Cox, Jordana Brewster, Katheryn Winnick, Nicole Beharie and Sandrine Holt have posed naked for 'Allure' and their reasons are as beautiful as their portraits.

Laverne Cox, the trans gender actress best known for her role as Sophia in Orange Is the New Black, posed naked for Allure in a series of beautiful photographs. 30-year-old Cox explained her decision to pose in the nude and joked about her casual preparation for the shoot even, contrary to the advice of friends, enjoying a dinner of mac and cheese rather than partaking of recommended juices the night before. 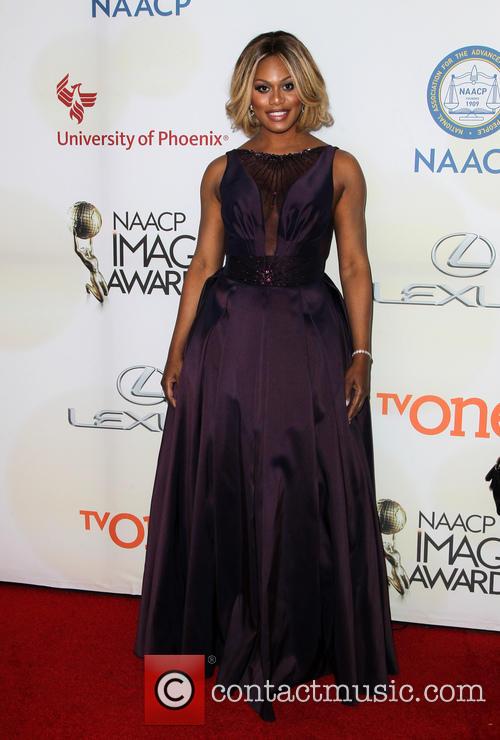 Read More: Sam Smith, Transparent And The Imitation Game Lead The Way, As The 2015 Glaad Media Awards Nominees Are Announced.

In addition to her dietary prep, Cox went to her friend, model Tyra Banks, for some helpful tips on posing. Apparently posing for men's and women's magazines is quite different as, for men's, one has to "toot the booty". On the other hand, for women's magazines, poses tend to be more crouched.

Cox explained her noble decision to pose naked, despite her reluctance at first, was to raise awareness and promote self esteem both for black women and for trans people. In the accompanying interview, Cox said:

Thanks to everyone at @allure magazine for making me feel so comfortable taking off my clothes for the camera for your May issue. #NormanJeanRoy you're a genius. #CelebrateYourBody #TransIsBeautiful #OITNB @oitnb #BodiesThatMatter shout out to By @hungvanngo "Beautiful actress @LaverneCox bares it all for @allure magazine May 2015 photographed by #NormanJeanRoy Editor @paulcavaco Nails #AprilForeman Hair @teddycharles35 & Makeup by me #HungVanngo #LaverneCox ??To achieve the beautiful sheen on the skin, thanks to @ctilburymakeup #SuperModelBody highlighter & @Tatcha indigo soothing silk body butter ??" via @PhotoRepost_app

"I'm a black transgender woman. I felt this could be really powerful for the communities that I represent. Black women are not often told that we're beautiful unless we align with certain standards. Trans women certainly are not told we're beautiful. Seeing a black transgender woman embracing and loving everything about her body might be inspiring for some folks. There's a beauty in the things we think are imperfect. It sounds very cliché, but it's true."

Cox was not the only actress to strip off for the magazine as she was joined by Jordana Brewster, Katheryn Winnick, Nicole Beharie and Sandrine Holt. All were initially uncertain about posing and Brewster even revealed she had been practising posing naked in front of the mirror! However, all of the subjects were thrilled - as they should be - with the final result.

"There's a strength to the portrait, which I'm also really proud of." Brewster, best known for her role in Fast and Furious, said of her own beautiful photograph.

Whilst Vikings actress, Winnick, explained how "there's something really empowering and liberating when you're completely buck naked in front of strangers."

She further explained her motivation in posing was entirely for herself and that she wanted to "have the confidence to be completely naked in front of strangers."

Read More: Gender Identity Is Explored As Jeffrey Tambor Takes On A Tough Role In Transparent.