Not since the 1960s has this much media attention focussed on an overlooked and underrepresented, in the world of entertainment, segment on society. In 1966, a mere year after the Voting Rights act was passed, Bill Cosby became the first black man to receive and win an Emmy Away nomination. Cox's nomination highlights how much more awareness is needed regarding the civil rights of those in the LGBT community.

Incredibly, this year's nominations are packed with members of the LGBT community and straight allies, as the Human Rights Campaign reports. Actors who are members of the LGBT community, and those who portray members of the community, have been honoured.  The Big Bang Theory's Jim Parsons and Modern Family's Jesse Tyler Ferguson are openly gay and have been nominated for Emmy Awards for, respectively, Outstanding Lead Actor and Supporting Actor in a Comedy Series. Whilst Bryan Cranston, a member of the American For Marriage Equality campaign, was nominated for Lead Actor for his portrayal of Walter White in Breaking Bad. 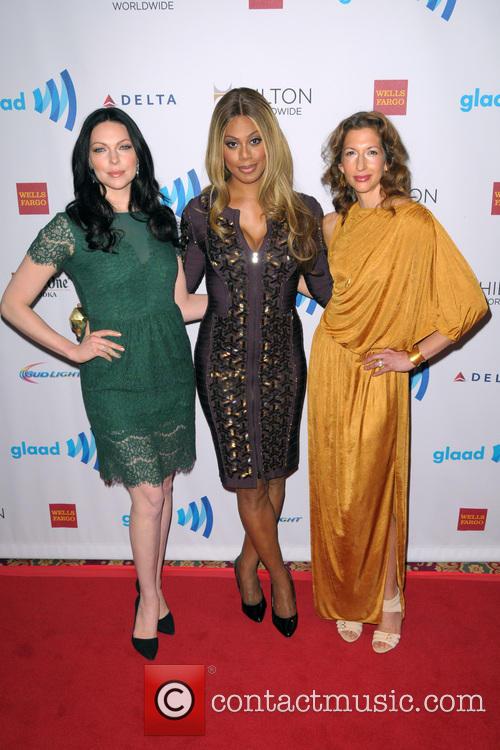 Laverne Cox with her Orange Is the New Black co-stars Laura Prepon and Alysia Reiner.

Cox's character, Sophia, is a transgender woman imprisoned for credit card fraud and who has to constantly battle the authorities to get the correct treatment and medication needed. Her portrayal highlights the difficulties of transgender people in society, with flashbacks to life outside Litchfield Prison demonstrating the bigoted attitudes many in the LGBT community face, as Guardian reporter Jos Truitt describes. As Truitt eloquently writes, "Cox doesn't just represent our [the LGBT] community by being visible and successful, which she certainly could: she makes her celebrity about the serious issues of discrimination, marginalization and violence facing trans people as a whole."

This is most definitively the case as Cox made history in May when she became the first transgender woman to grace the cover of Time magazine. In the interview Cox described the inequalities many trans people face every day and how the statistics surrounding employment and health were startling. She said "Trans movement and LGBT movement has to be a social justice movement where we look at issues of race and class and phobia in general."

Congrats to everyone at @oitnb on our #EmmyNoms today. So proud to be working with all of you on such a groundbreaking show. #oitnb

Cox is understandably thrilled with her nomination and has been posting on Twitter, retweeted numerous media outlets who are celebrating her achievement and congratulating her fellow nominees. She wrote "Congratulations to everyone at Orange Is the New Black on our Emmy Noms today. So proud to be working with all of you on such a groundbreaking show."

Cox is not the only Orange Is the New Black actress to be nominated for the same award, as Uzo Aduba, who plays Crazy Eyes, and Natasha Lyonne, who plays Nicky, have also received nominations. The show altogether has received 12 nominations including Outstanding Writer for a Comedy Series (Jenji Kohan and Liz Friedman), Outstanding Casting (Jennifer Euston), Outstanding Director (Jodie Foster) and two in the category of Single Camera Picture Editing (William Turro and Michael S. Stern). Taylor Schilling has also been nominated for Outstanding Lead Actress in a Comedy Series and Kate Mulgrew for her role as Red in the Supporting actress category. The whole series also has been nominated in the category of Outstanding Comedy Series.

Congratulations to Laverne Cox and her fellow Emmy Award Nominees!

Read More: Prisoner To Princess: Orange Is The New Black's Uzo Aduba On A High After Emmy Nomination. 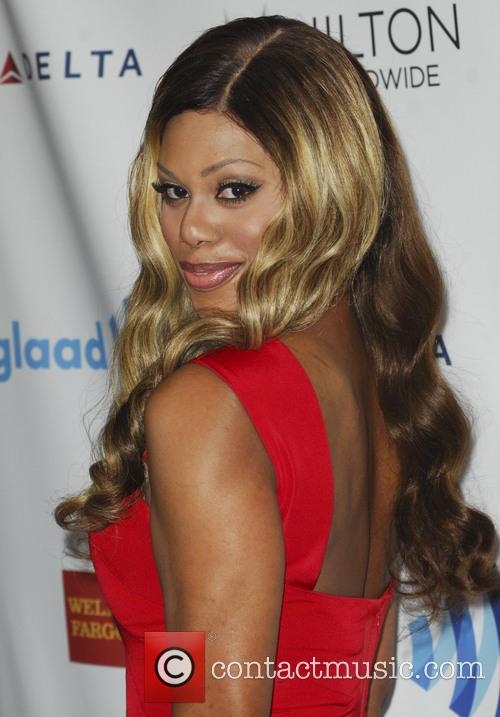