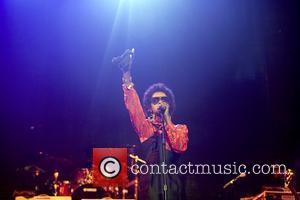 A hip-hop concert set to feature headline performances from Lauryn Hill, Nas and Erykah Badu has been cancelled.
The Rock The Bells festival series was scheduled to wrap up in Boston, Massachusetts on 24 September (11) but promoters have since called off the Comcast Center show.
A statement from organisers reads, "We are very disappointed that our Boston Rock The Bells Festival stop had to be cancelled this year.
"Unfortunately, we will not be able to execute the festival to our standards and apologize to the fans who have supported Rock The Bells and quality Hip Hop. We've had many challenges with this show including numerous scheduling conflicts, bad weather and logistical challenges but hope to come back to Boston with Rock The Bells soon."
The 2011 Rock The Bells festival, which also featured Common, Raekwon and Ghostface Killah of Wu-Tang Clan and Cypress Hill, has already made stops in New York and California.